BackPackBoyz In honor of its wonderful aroma, Lemon Cherry Gelato is a hybrid of Thin Mint Girl Scout Cookies and Sunset Sherbet. Gelato (#33), also known as Larry Bird, was initially grown in Northern California’s Bay Area and comes from a large genetic pool that was assembled by the Cookie Family, the Sherbinskis Family, and grower Mario Guzman.

After its creation, the cultivators split off, and it is uncertain whether cultivator has the most “stable version” of Gelato genetics. A few phenotypes and offspring of the strain Gelato #42, Dolce Gelato, and a sun-grown Gelato are developed by Cookies.

The Lemon Cherry Gelato variety is irresistibly tasty. Under a layer of caramel-colored delicious trichomes and rusty-looking hairs, its dark, moss-green color is concealed. The buds develop into small, hard, dense clusters of trichomes. 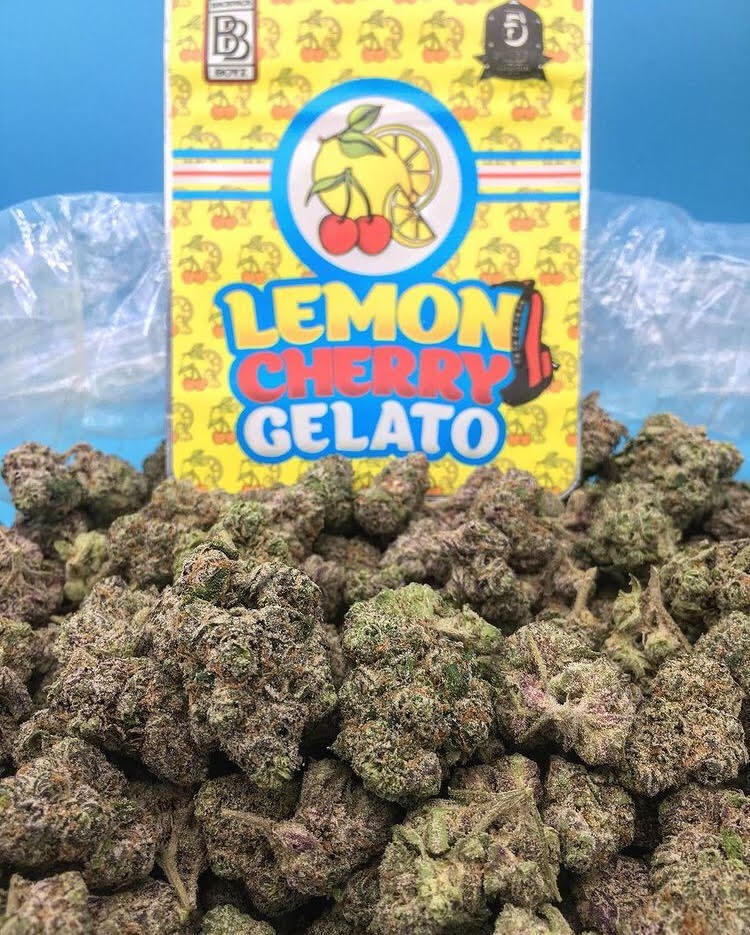 Lemon Cherry Gelato strain is distinctive in that it has almost no leaves and has a varied and nice aroma. which dominates the citrus flavor spectrum but has hints of earthy, gassy, and fruity aromas, especially cherry, in the background. It also smells like cookies. A significant amount of pine and tart berries are added by the terpene profile. These combine to provide an incredible flavor that leads to the traditional stoney high.

You’ll start to feel at ease right away. A Lemon Cherry Gelato strain nibble will overcome any bad attitude. As the mind’s constant chatter stops, a sensation of tranquility emerges. With a high THC content of over 30%. Additionally, the strain possesses analgesic (pain relief), stress-relieving, and antidepressant qualities. Lemon Cherry Gelato strains can also provide calming assistance for people who experience mood swings.
The laughter from eating Lemon Cherry Gelato can easily overpower a long day at work. It’s not unusual to experience cheerful, intellectual feelings while curled up on the couch for hours at a time.

The strain has a strong citrus fruit profile, a blast of extreme gassiness, and a breath of creamy cookies, tropical cherry and earthy woods. You need a strain with a potent but undemanding flavor if you want to unwind at home. It should also stimulate total body relaxation. This South Californian staple is a fantastic import or local draw due to its rich textures and dessert-inspired color scheme. As long as you need some delectable pain alleviation at the end of a demanding week.

Be the first to review “Lemon Cherry Gelato” Cancel reply