Golden Teachers mushrooms are one of the most commonly used psilocybin mushrooms. They are not a species, but instead a strain of Psilocybe cubensis mushrooms.

Golden Teachers mushrooms are one of the most commonly used psilocybin mushrooms. They are not a species, but instead a strain of Psilocybe cubensis mushrooms.

As with other psilocybin mushrooms, the main psychoactive compounds it contains are psilocybin and psilocin. Cultivators and psychonauts like this magic mushroom strain for different reasons.  The name reflects the light brown, yellowish, gold top caps of this strain (wild P. cubensis is usually a little darker) and also the insight many users report receiving. 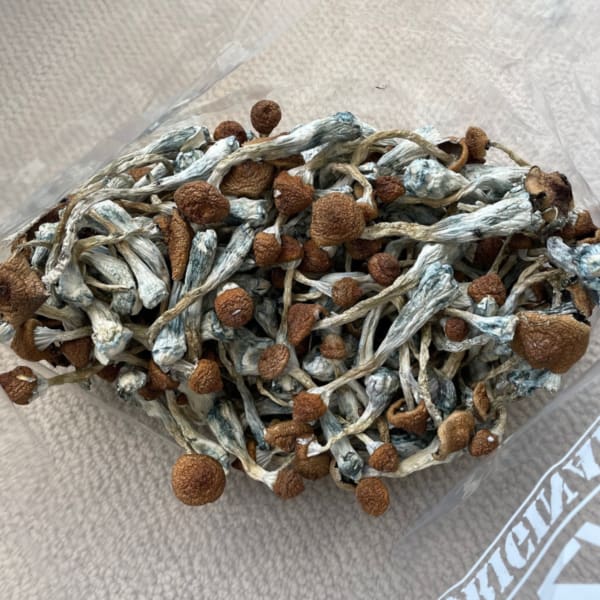 Psilocybe cubensis  mushrooms swiftly rose to the top of the most recognizable strains in the psilocybin world because to its aesthetically distinctiveness, speedy blooming, and widespread availability in North America.

Aside from the slight high that users may experience, this strain is popular among growers for its extended stems and beautiful, bulbous golden crowns. price of the golden teacher mushrooms

The psychedelic effects of golden teacher are regarded as being on the lower to middle spectrum, similar to other psilocybe cubensis species discovered in Mexico. These factors, together with their magnificent look, have made Canadian golden teacher spores popular among myco-growers, and the strain has won the hearts of psychonauts all over the world. Mushroom-flavored psychedelic chocolates

The best thing about Golden Teachers magic mushrooms is that they offer a mildly high psychedelic effect, hence this is a gateway shroom for magic mushroom newbies.  They are best known for their shamanistic properties, or spiritual effects rather than solely ‘’tripping

When you consume them it gives you a feeling of enlightenment, they will help you connect to nature.  All this makes sense as it appears that their name also derives from their amazing ability to heal the mind and spirit.

Be the first to review “Golden Teacher” Cancel reply